After three years, I thought it must be time for a new blog.

Elections results are usually expressed as the percentage support for each party by those who turned out to vote. However, as this ignores those people who don’t vote, it can give a fairy misleading impression of what actually happened and disguise the underlying trends which only become visible when you look at the total electorate including non-voters.

A simple case in point is Rhun ap Iorwerth’s election as Ynys Môn AM in 2013 when he won with a massive 58% of the vote. How does that tally with Plaid Cymru’s John Rowlands only getting 30% of the vote on Thursday? Of course Welsh Assembly and Westminster elections are different but the underlying electorate is the same. Did Plaid really lose almost half of their support? Of course not. As a percentage of the total electorate - including non-voters - Rhun actually received only 25% support (still an impressive figure) and John Rowlands got 21%. What happened is that roughly 2000 potential Plaid supporters (that extra 4% who voted for Rhun) stayed at home on Thursday.

In order to map this and make more visible those underlying voting trends, I have put together the below chart of the results of every election on Ynys Môn since 1945 in the context of the total electorate, i.e. including those who didn’t vote. Non-voters are shown in grey and I have tried to allocate them between the parties in the way which makes most sense - its a little crude but I think informative. Both Westminster and Welsh Assembly elections are also included (Assembly elections are prefixed with the letter ‘A’ before the year).

This chart begins at 1945, but the constituency of Anglesey (as it was then) had returned Liberal MPs since 1837, with a solitary blip in 1918 when it returned an Independent Labour MP following the 1918 Representation of the People Act which widened the suffrage to all men over 21 and women over 30. The Liberals regained power in 1923 and retained it until 1951 when Megan Lloyd George lost to Labour’s Cledwyn Hughes — the last occasion when a sitting Anglesey MP lost her seat. Since then the chart tells the story of the sad death of Liberal Anglesey, which not even the Island's greatest living Liberals, Nick Bennett and Aled Morris-Jones, could halt.

Cledwyn Hughes retained the seat for Labour over eight elections until he stepped down before the 1979 election; as a youngster I still the remember the giant “Cledwyn is our man” sign scrawled in white paint on a farm building off the A5 near Gwalchmai. Labour support fell considerably on the Island during the Thatcher and Major years — it looks like a large core of their voters stayed at home, or switched allegiance to either the Social Democrats, the Tories or especially Plaid Cymru. Tony Blair’s 1997 landslide re-galvanised Labour support on the Island, but it was swept beneath an almost SNP-esque tsunami of nationalist support which had brought Ieuan Wyn Jones to power ten years earlier. Labour had to wait until 2001 (by which time Ieuan had stepped down as MP) for Labour’s Albert Owen to win the seat.

The picture for Labour since then has been interesting. Since 2001 Albert has, like clockwork, consistently polled around 22% of the total electorate. However if you look at Labour’s increasingly poor performance in the Assembly elections were the majority of their support appears to stay at home, it looks fairly clear that this 22% is less a vote for Labour and more of a personal vote for Albert himself.

Yes, you could argue that Labour supporters are ambivalent towards the Assembly elections and therefore don’t vote. But when you factor in the gradual dwindling of a unionised workforce on Anglesey as the large mass employers like Anglesey Aluminium have closed one after the other; and also the damage done to the grass-roots constituency party by the forced rejection of local candidates such as John Chorlton in favour of serial loser but Cardiff-favourite Tal Michael for example, I think such arguments just mask a clear Labour decline. You only need to look at Labour’s showing in the last Ynys Môn council elections to see that the party is receding.

Looking forward I would predict that once Albert steps down Labour will poll no more than around 6,500 votes (13%), and probably come in third behind Plaid Cymru and even the Conservatives. (Yes, I know: I would say that, wouldn’t I).

The pink line on the chart tells the story of Plaid Cymru’s unstoppable rise since 1951 until the turn of the millennium, followed by a stabilisation of their vote since the establishment of the Welsh Assembly. Note the dramatic upturns in votes (indicated by the pink arrows on the chart) when a Conservative government is in Westminster. 1987 was clearly the most dramatic election in the Island’s political history with Ieuan Wyn Jones sweeping to victory on a 35% tide of nationalist euphoria. Devolution shot Plaid’s fox however as since 2001 Plaid on Ynys Môn have slipped back almost 15 percentage points from their peak to polling consistently around 21% (I wonder if devo-max will have the same effect on the SNP?).

Note the consistency of Plaid’s vote since 2001 compared to that of Labour. Whereas Albert Owen's supporters vote for him personally, Plaid supporters are clearly voting for the Party rather than the procession of old, grey men Plaid Cymru perennially pick as candidates. The exception of course being Rhun Ap Iorwerth, who’s youth and celebrity gained him another 4-5% of support. That celebrity was never going to rub off on John Rowlands however, and Plaid’s vote on Thursday simply returned to their historic mean of 21%. Frankly with Plaid’s prospectus to the Welsh people being as unclear as ever I can’t see their support changing in the near future so I would anticipate Rhun’s vote to also fall back to the 21-22% bracket in 2016.

Keith Best took the Island for the Conservatives in the 1979 election following the stepping down of Cledwyn Hughes and held it against an energised nationalist vote in 1983. However he was brought down by the BT shares scandal and stepped down before the 1987 election, handing the Island to his opponent in 1983, Ieuan Wyn Jones.

As is clear from the chart, since 1997 a large portion of erstwhile Conservative voters simply stopped voting, leaving a consistent core Tory vote of around 14-15%. In 2005, 2007, and 2010, the unparalleled Peter Rogers (light blue on the chart) led a personal insurgency and managed to capture some of the core Tory vote whist also reaching out to those disillusioned centre right voters who stopped voting in 1997.

The chart shows clearly that this week’s general election was significant as, for the first time since 1992, the total centre right support on Ynys Môn came out to vote.

For the Conservatives to increase support from here on they need to make inroads with newly engaged UKIP voters or attract Lab/Con swing voters (they exist in North Wales as has been proved in the Vale of Clwyd this week).

The talk on the Island before this week’s general election was that a big UKIP vote would erode Albert’s support, allowing Plaid Cymru to slip through and take the seat. However, despite UKIP polling over 5000 votes, it had very little effect on Albert’s personal support. The chart makes clear why: UKIP voters are people from the centre right who have mostly not voted for some time - rather than Labour defectors as Plaid hoped. Thus this election was just a re-run of the close 2005 and 2001 elections with Albert and Plaid polling at their their traditional mean support (Plaid Cymru take note: there was no Rhun stardust at all).

For UKIP it looks like 11% support could be their the ceiling in a Westminster election. However in next year’s Assembly elections, as we get closer to an In/Out referendum on Europe, they could poll higher, especially as there will be no personal Albert Owen vote to hoover-up Labour minded voters. After that? I think with the EU referendum over and no Farage, the only way is down.

And finally a personal note. As some people know, since 2012 I have returned to live in one of the only countries in the world with a more chaotic political scene than Ynys Môn: Japan. With over 35 Prime Ministers since 1945, you can be sure that if Japan was located in the Irish Sea, the Welsh Assembly would have sent in the Commissioners by now. That thought at least always makes me feel at home despite being 6000 miles away. Cym' bwyll.
Posted by Paul Williams at 08:24 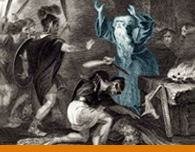 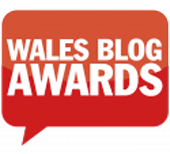